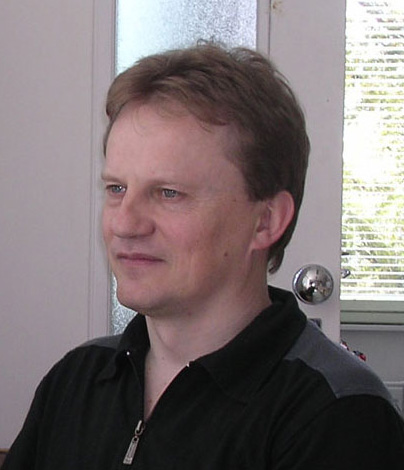 The crucial components of the photosynthetic apparatus of plants, algae and cyanobacteria are membrane embedded pigment-protein complexes. They capture light and use it for driving electron transport from water to NADPH with concomitant generation of the universal cellular fuel ATP. Among them the Photosystem II complex (PSII) takes the key role since it is able to use water as a electron source and releases oxygen. As revealed by recent crystallographic models, PSII is a very complex assemblage of polypeptide chains, pigments, lipids and other cofactors (Fig.1) which must be precisely assembled in order to allow perfect functioning of the complex. 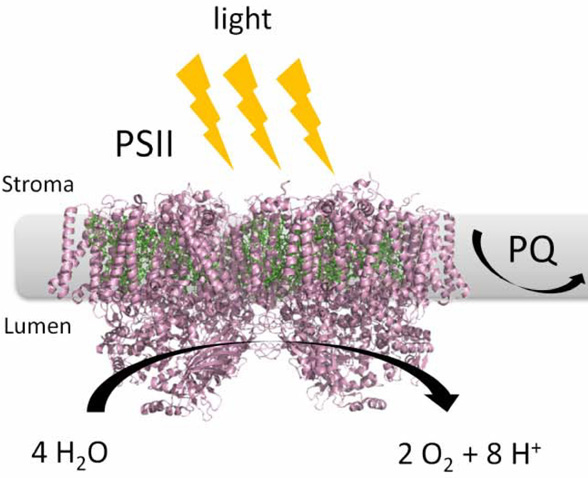 The existing studies of the PSII assembly showed a step-wise process (Fig.2) which starts with the formation of the reaction center (RC) subcomplex consisting of the D1 and D2 proteins. These two proteins carry most of groups participating in the electron transfer from water to plastoquinone. The RC subcomplex binds successively the inner chlorophyll antennae CP47 and CP43, Mn and Ca ions forming the oxygen evolving cluster, and extrinsic lumenal proteins that stabilize the cluster. 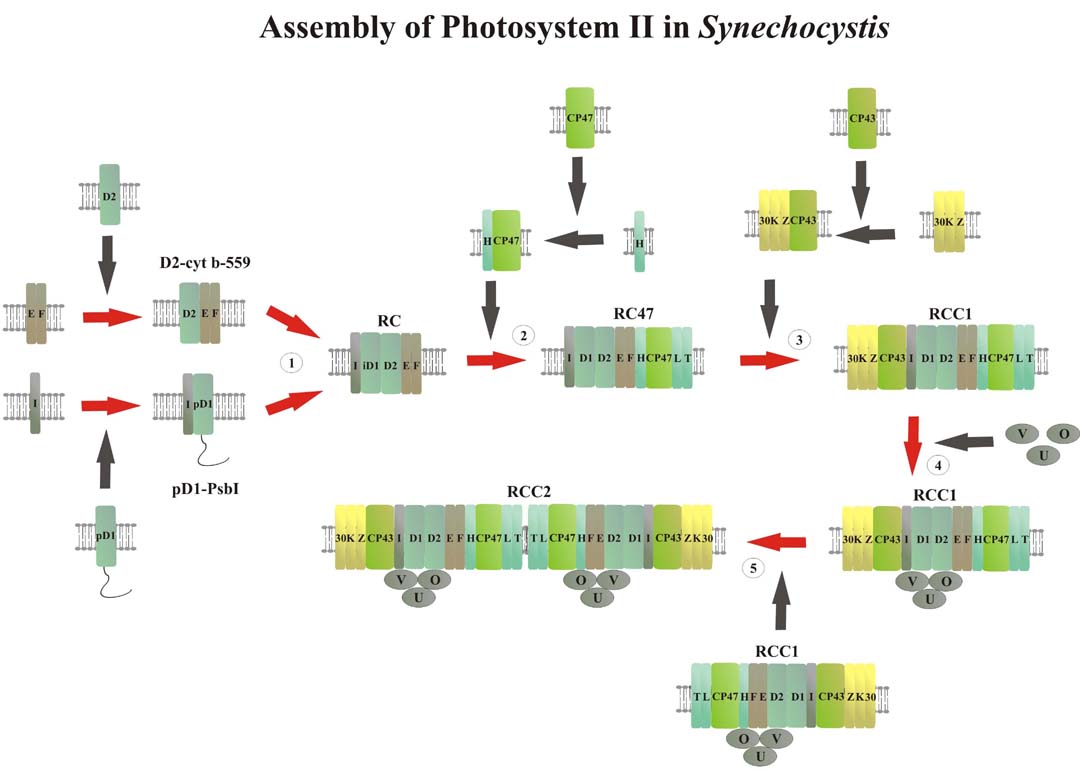 Fig. 2. Schematic model of the Photosystem II assembly and repair. The process starts with formation of the D1-D2 RC subcomplex (RC) which binds first CP47 to form RC47, and then CP43 to form monomeric core complex RCC(1). At this stage binding of CaMn4 cluster and its stabilizing factors PsbO, PsbV and PsbU is assumed. The resulting PSII monomers form dimer. During PSII repair the dimer monomerizes, CP43, CaMn4 cluster and extrinsic proteins are detached, D1 is replaced and the dimer is again reassembled as during the de novo assembly.

In the final step of the assembly the oxygen evolving monomeric core complex forms dimer which is considered as a final native photochemically fully active PSII complex. During the process a large number of pigments and other factors must be precisely bound and therefore many auxiliary proteins, which mostly remain unknown, are implicated in the PSII assembly. The complex is also susceptible to a light-induced inactivation and a PSII repair based on the selective replacement of the D1 protein has to continuously maintain the photochemical activity of PSII. In PSII repair, homologues of the bacterial membrane protease FtsH seem to play the central role. Moreover, these proteases also seem to fulfill the function of general quality control apparatus although the mechanisms how these proteases recognize proteins to be degraded, how the proteases are regulated and where they are localized, remain largely unknown. 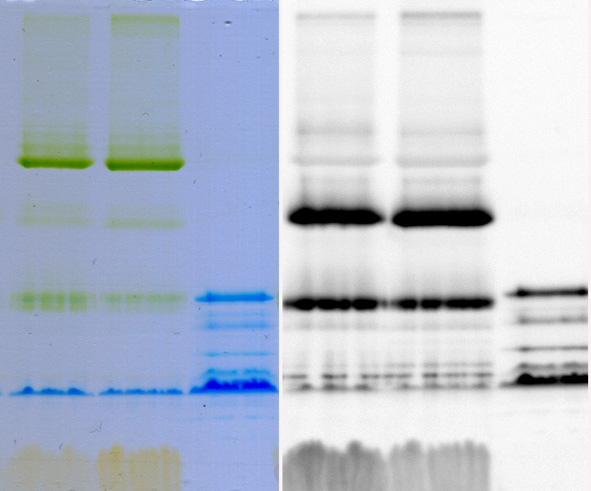 Fig. 3. Electrophoretic separation of native pigment-protein complexes from the cyanobacterium Synechocystis PCC 6803. Green are chlorophyll-proteins of Photosystem I and Photosystem II,orange are carotenoids and blue are phycobiliproteins and their complexes. Left panel shows unstained complexes, right panel their chlorophyll fluorescence