Anoxygenic phototrophs are evolutionary a very old group of prokaryotes. They contain photosynthetic reaction centers composed of bacteriochlorophyll. In year 2000 it was found that these organisms are widespread component of marine microbial community. Phototrophic bacteria represent 1-10% of all bacteria in the euphotic zone of the oceans, which implies their important role in the marine carbon cycle. 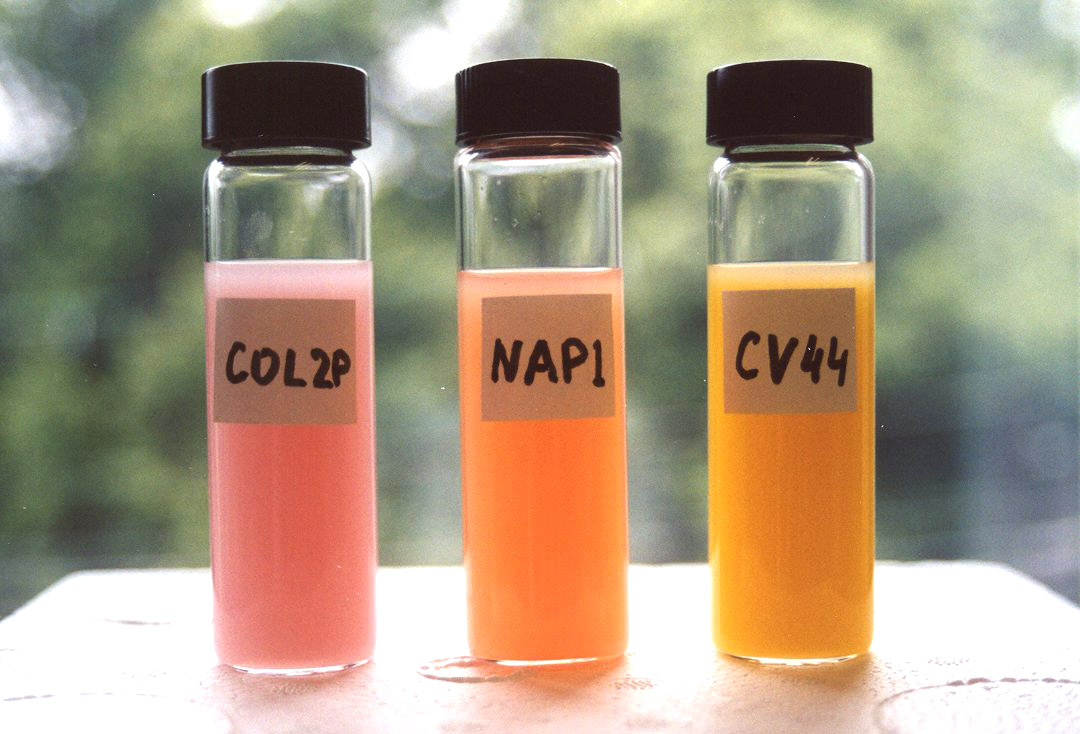 We have isolated over 100 strains of Aerobic Anoxygenic Phototrophs from different aquatic habitats. The functionality of their photosynthetic apparatus was proven by kinetic bacteriochlorophyll fluorescence measurements and CO2 fixation assays. However, these bacteria are not capable of truly autotrophic growth, as they require a supply of organic carbon. The presence of the photosynthetic apparatus seems to represent an ecological advantage in nutrient poor marine environments serving as an alternative source of ATP for basal metabolism. Over 20 strains are currently being full genome sequenced.